In general, war costs money and money is a crucial resource in any dispute. Governments typically bear the financial burden, frequently by distributing war bonds. Accordingly, Ukraine is presently issuing war bonds worth US$270 million.

Mykhailo Fedorov, Vice Prime Minister of Ukraine, urged people all around the world to demonstrate support for Ukraine by making cryptocurrency donations a few days after the Russian invasion.

Ukraine Government on Bitcoin Use

Cryptocurrencies have both advantages and threats in equal measures. A positive and refreshing aspect of cryptocurrencies is this new method of gaining access to international private money. Ukraine’s government has been able to quickly generate money by appealing directly to global citizens, doing away with the necessity for financial intermediaries.

The Potential of Bitcoin 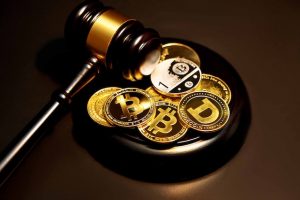 It’s likely that the benefits that crypto has brought to this war will pave the way for its increased acceptance and for the development of the worldwide legislation that is required for it to fully enter the mainstream.

On the other hand, it is already challenging to stop cryptocurrency from being used to avoid penalties on a very limited scale, and it has the possibility of making it much harder to financially restrict undesirable regimes in the future.